In the excellent book, The Innovators Prescription, the authors predict that precision medicine will replace intuitive medicine, and diseases will be defined by their underlying metabolic mechanisms, and not by the organs they affect, or the symptoms they produce. Clayton Christensen and colleagues argue that this precise definition of diseases will lead to more effective treatments. But they also show that precision medicine will show that many different diseases actually share the same underlying metabolic derangements. Many disparate diseases will therefore turn out to be just mere manifestations of the same metabolic disease.

A clear indication that precision medicine will blur the boundaries between diseases is the recent suggestion that the anti-diabetes drug Liraglutide may help to treat Alzheimer’s disease (AD). Liraglutide is a long-acting glucagon-like peptide-1 (GLP-1) receptor agonist which is effective in type 2 diabetes, a condition which is worlds apart from Alzheimer’s disease. So far removed from each other, it would be easy to dismiss any links as tenuous. But the headlines were emphatic: Drug used to treat diabetes could cure Alzheimer’s, and Diabetes drug could influence brain activity in Alzheimer’s. 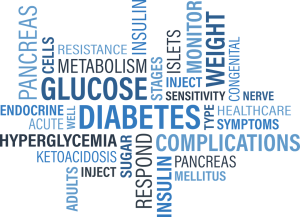 Why should Liraglutide work so well in both diabetes and Alzheimer’s, diseases with apparently different pathologies? The answer lies in insulin resistance, the underlying mechanism of type 2 of diabetes; there is now evidence that insulin resistance contributes to dementia. If this is the case, Liraglutide, by improving glucose metabolism, could potentially treat both diabetes and Alzheimer’s disease.

Going back to the subject of precision medicine, why not visit my other blog, The Doctors Bookshelf where I will soon be reviewing The Innovators Prescription

9 thoughts on “Alzheimers disease and its promising links with diabetes”