Myasthenia gravis (MG) is one of the best characterised neurological disorders. The hallmark of MG is fatigable weakness. This manifests as intermittent ptosis (droopy eyelids), diplopia (double vision), and limb weakness. There are two main types-ocular MG affects just the eyes and eyelids, and generalised MG affects the body, including the bulbar functions of  breathing and swallowing.

The problem in MG is straightforward lack of communication; the nerves and muscles aren’t talking to each other. The two meet up at the neuromuscular junction (NMJ) where the nerves send packages of acetylcholine to bind with acetylcholine receptors (AChR) on the surface of the muscles. The muscles usually acknowledge this by contracting and producing action, but in MG this response is blocked by antibodies to the acetylcholine receptor (AChR antibodies). Like all culprits, it has wily accomplices such as anti-muscle specific kinase (anti-MUSK) antibody.

AChR antibodies are produced by a gland in the chest called the thymus. Disturbingly, this rather shabby-looking tissue may become enlarged (thymic hyperplasia), or cancerous (thymoma). The neurologist is therefore quick to request a CT chest scan as soon as MG is confirmed. Alas, the thymus is often normal or even shrivelled, to the delight of the patient who escapes the cardiothoracic surgeon. The neurologist is however ambivalent because surgery often gives a one-off cure, and saves the neurologist from a life-long commitment to monitor toxic treatments. The life of a Neurologist!

With so much known about MG, one would think there is very little on the horizon to put a smile on the faces of people with MG. But this old dog still has a few new tricks, and here are 4 energising reports I came across.

Neurologists are aware that ocular MG could transform to generalised MG, they just don’t know who is at risk. Generalised MG is obviously a worse condition and requires more heavy-duty treatments. After much speculation, a report in JAMA Neurology has found the predictor of MG generalisation. Titled Clinical Utility of Acetylcholine Receptor Antibody Testing in Ocular Myasthenia Gravis, the authors confirmed, for the first time ever, that the risk of generalisation is linked to higher AChR antibody levels. I know, you were expecting some new, cutting-edge test or technology: sorry for the dampener, but sometimes it’s the little things that count.

Congenital myasthenia is a slightly different kettle of fish from conventional MG. For one, the diversity of genetic mutations that cause congenital myasthenia is mind-boggling; there are >20 genetic forms of MG such as DOK 7, RAPSYN, LAMB 2, and AGRIN. And these all differ in their presentation and response to treatment. An addition to this long list of congenital myasthenic syndromes should therefore normally not be exciting news. But there is something different in the recent report in the journal Brain about GMPPB (you really don’t want to know what this stands for). The paper, titled Mutations in GMPPB cause congenital myasthenic syndrome, opens up a can of worms because GMPPB also plays a role in causing muscular dystrophy. The authors see this as a bridge between myasthenia and muscular dystrophy. All rather complicated stuff, not quite sure what the implications are, but that’s the reason neurologists exist!

Immunosuppression is the ultimate treatment for MG because it reduces the production of the MG-causing antibodies. And the neurologist has a list, an arm length, of immunosuppressive agents to try. This variety of options is helpful because earlier choices may be ineffective, intolerable, or impractical. Azathioprine, methotrexate, mycophenolate …these roll out easily from the neurologist’s pen. Leflunomide would however sound very strange in neurological circles; it is more familiar to rheumatologists who use it to treat rheumatoid arthritis. Neurologists, ever peeping into the rheumatology recipe book, thought why not try Leflunomide in MG. They reported their findings in Journal of Neurology as Leflunomide treatment in corticosteroid-dependent myasthenia gravis: an open-label pilot study. And the recipe worked; 9 of 15 people with severe, steroid-dependent, MG improved on Leflunomide. Great news for when the going gets tough. 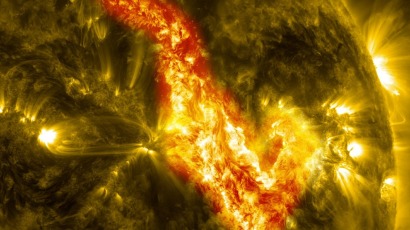 Thankfully not all MG treatment involves immunosuppression. One approach is to prevent the break down of the enzyme (esterase) that breaks down acetylcholine-got it? In this way there will be more acetylcholine available to counter the effect of AChR antibodies. Medications that work in this way are called acetylcoline esterase inhibitors (ACEI). It’s OK to  re-read all this before proceeding!

Pyridostigmine is the quintessential ACEI. But this is not effective in the more severe anti-MUSK MG where typical MG treatments don’t work so well. Neurologists have tried all sorts, including Rituximab, to varying success. What to do when all fails? A paper in the journal Neurology offers some hope that anti-MUSK MG may respond to 3,4 Diaminopyridine. This will be heart-warming news to all neurologists, if they ignore the fact that it is a single case report! But hey, from little acorns grow giant oak trees.

Want to dig deeper into MG? Try this update on myasthenia gravis.