What are the most controversial questions in neurology?

Uncertainty and doubt abound in Neurology. There are many evidence-free areas where experts rub each other the wrong way. These controversies are big and occur in all neurology subspecialties. Controversy-busters have tried for about a decade to iron out these wrinkles on neurology’s face, but the unanswered questions remain. This is why there is a 10th World Congress of Controversies in Neurology (CONy) holding in Lisbon this year.

I want to assure you I have no conflict of interest to declare in this blog. My interest is to explore  which questions have plagued this conference over the last 10 years to pick out the most controversial topics in neurology. To do this I reviewed all previous conference programs and focused on the items that were slated for debate. I looked for practical topics that have remained unresolved, or are just emerging. Here are my top controversial neurological questions: 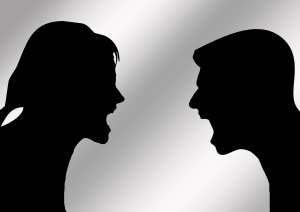 Going through this list, I feel reassured that the experts differ in their answers to these questions? The acknowledgement of uncertainty allows us novices to avoid searching for non-existent black and white answers. It is however also unsettling that I thought some of these questions had been settled long ago. It goes to show that apparently established assumptions are not unshakable?

Do you have the definitive answers to resolve these controversies? Are there important controversies that are missing here? Please leave a comment

I am a UK Neurologist keen on general neurology, but with an interest in neuromuscular diseases. I maintain the neurology searchable database, www.neurochecklists.com. I also blog at www.theneurologylounge.com. I share and discuss current issues around clinical neurology. I hope you find my blogs enlightening, practical, and even entertaining. View all posts by Ibrahim Imam

3 thoughts on “What are the most controversial questions in neurology?”