Calming the rage of brain tumours: hope for a dreaded cancer

Brain cancer is a horrible disease even among cancers. Apart from benign tumours such as meningioma, very few brain tumours have happy endings. It is however not all doom and gloom- there are many advances raising hope for the future of brain cancer. Here are 10 hope-raisers.

Nanotechnology is promising a lot for neurology, and I discussed this in my previous post on 10 remarkable breakthroughs that will change neurology. It is heart-warming to learn that nanotechnology is stepping into brain cancer treatment. Their role is in reducing the damage that normal tissues sustain when brain cancer is treated with conventional radiation. Scientists hope to minimise this damage by delivering the radiation treatment through nanomolecules; because of their small size it is presumed this approach should cause less harm. In this article in Neuro-Oncology titled Rhenium-186 liposomes as convection-enhanced nanoparticle brachytherapy for treatment of glioblastoma, the authors report the efficacy of liposomally encapsulated radionuclides in rat models of glioblastoma. It is complicated stuff but Science Daily’s headline says it all: Treating deadly brain tumors by delivering big radiation with tiny tools.

The challenge for every drug cancer treatment is to deliver the drug as close as possible to the tumour cells. This is particularly difficult for brain cancer because of the protective brain blood barrier (BBB). This shield is composed of the walls of the blood vessels, and the triple-layered sheath covering the brain called the dura.

What if the drugs could be sent across this barrier without breaching it? More Dr. Who than neuroscience, but this is what the ultrasonic screwdriver recently achieved to wide acclaim. Using ultrasound, the scientists successfully delivered chemotherapy drugs across the BBB. This press release from Sunnybrook Health Sciences Centre explains it further. The neurosurgeons used an MRI-guided focused low-intensity ultrasound to force drug microbubbles in the bloodstream across the blood-brain barrier. “The waves repeatedly compress and expand the microbubbles, causing them to vibrate and loosen tight junctions of the cells comprising the BBB. Once the barrier was opened, the chemotherapy flowed through and deposited into the targeted regions”. Very exciting SciFi stuff. Here is a simplified version from IFL Science titled Scientists Have Breached The Blood-Brain Barrier For The First Time And Treated A Brain Tumor Using An “Ultrasonic Screwdriver”.

Electromagnetic field therapy is a new area of brain tumour treatment and not conventional in any way. It however promises to improve survival of patients with glioblastoma who have received conventional radiotherapy and chemotherapy. I came across this in MNT under the title Use of type of electromagnetic field therapy improves survival for patients with brain tumor. This treatment is a form of tumor-treating fields (TTFields), “a treatment that selectively disrupts the division of cells by delivering low-intensity, intermediate-frequency alternating electric fields via transducer arrays applied to the shaved scalp”. The evidence for this is a trial reported in the Journal of the American Medical Association (JAMA) titled Alternating electric fields for the treatment of glioblastoma. It is not a panacea but any light at the end of the dreadful tunnel of brain cancer is worth exploring. It is a good sign that the FDA has approved this technology.

Another technique that is under investigation for treatment of brain cancer is pulsed electric field (PEF). This was the focus of a recent paper in Scientific Reports titled Targeted cellular ablation based on the morphology of malignant cells. PEF preferentially targets and destroys malignant cells relatively sparing normal cells. The mechanism, if you are curious to know, is called high frequency irreversible electroporation (HFIRE). Or, in plain English, electric disruption of cells. This has reportedly been effective in dogs, and the challenge is to translate the benefits to humans.

Touted as the drug that makes cancer cells explode, Vacquinols are experimental agents which have shown remarkable efficacy in rat models of glioblastoma. The research reported in the journal Cell is titled Vulnerability of glioblastoma cells to catastrophic vacuolization and death induced by a small molecule. The article is quite ‘scientific’ as reflected by the tortuous title, but the whole idea is that vacquinols target some cellular processes and  cause the cell membranes of glioblastoma cells to rupture . There is some way to go but imagine this advance translating into clinical practice!

Temozolomide is a conventional treatment for glioblastoma but unfortunately some patients become resistant to this useful drug. Scientist have observed that glioblastoma cells achieve temozolomide-resistance via a protein called connexin 43 (Cx43).  Working on this knowledge, they have developed a Cx43 inhibitor called aCT1. I came across this agent in a piece in EurekaAlert titled Scientists find way to make resistant brain cancer cells sensitive to treatment. The scientific paper, published in Cancer Research, is titled Connexin 43 inhibition sensitizes chemoresistant glioblastoma cells to temozolomide. A lucid title for a scientific paper for a change!

I came across propentofylline in the blog brainmysteries.com under the title Drug that could limit spread of deadly brain tumours. Propentofylline seems to enhance the effects of temozolomide and radiotherapy, the conventional treatments of brain cancer. In this way propentofylline may slow the spread of the brain tumour cells. It seems to work by inhibiting TROY, the protein that enables glioblastomas to spread to healthy brain cells. For the small print you may read the paper published in Journal of Neuro-oncology titled Propentofylline inhibits glioblastoma cell invasion and survival by targeting the TROY signaling pathway. 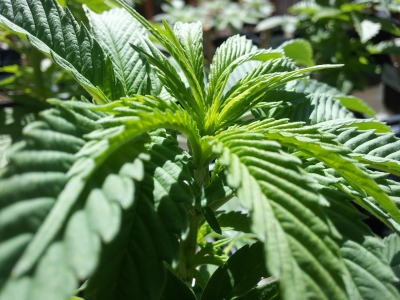 A recent study published in Molecular Cancer Therapeutics appears to show that constituents of cannabis drastically increase the anti-cancer effects of conventional radiotherapy. The authors suggest that ‘these cannabinoids can prime glioma cells to respond better to ionizing radiation’. A couple of caveats; this is an in vitro (in a dish) study, and it was carried out in mice. Some way to go then, but you wouldn’t think so going by this headline from the Huffington Post which says Marijuana drastically shrinks aggressive form of brain cancer.

Two recent papers have reported on cellular proteins which brain tumours depend on. These are therefore potential targets for future therapeutic interventions. The first is hypoxia inducible factor-1 (HIF-1) which cancer cells produce when their oxygen supply is threatened. HIF-1 enables the cancer cells to produce new blood vessels (angiogenesis) thereby maintaining their supply of nourishing oxygen. This process is under investigation by researchers at Emory University.

The second property is related to proteins called sterol regulatory element-binding proteins (SREBPs). SREBP’s control the metabolism of glucose and fat in all cells, and researchers at Ohio State University are looking at ways to inhibit these proteins. This would potentially impair the ability of cancer cells to build their cell walls (membranes). Yes, only in mice again but still, hope. Here is a review of SREBP’s and cancer.

The news that Jimmy Carter has melanoma, and this had spread or metastasised to his brain, came as a shock to many of his admirers. It was therefore a relief when they learnt later that Carter’s cancer has all but cleared away. Very unusual to say the least, especially with a cancer as dreadful as melanoma. This remarkable achievement is attributable to an immunotherapy drug called Pembrolizumab, one of several types of drugs called humanised monoclonal antibodies.

Pembrolizumab has demonstrated effectiveness in melanoma and there are now NICE Guidelines for Pembrolizumab in melanoma. But how good is it in primary brain cancers? A trial is currently in progress to assess the efficacy of Pembromizumab in glioblastoma, the most dreaded of brain cancers. There are several other immune therapies that may be effective in brain metastases, and these are reviewed in an article in Current Treatment Options in Neurology titled Targeted therapies in brain metastases. 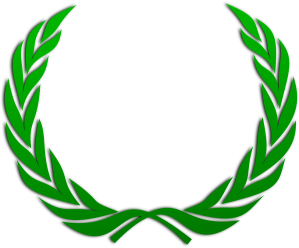 Brain tumours rage on, but the science is hopefully catching up. Victory beckons over this dreaded disease.

I am a UK Neurologist keen on general neurology, but with an interest in neuromuscular diseases. I maintain the neurology searchable database, www.neurochecklists.com. I also blog at www.theneurologylounge.com. I share and discuss current issues around clinical neurology. I hope you find my blogs enlightening, practical, and even entertaining. View all posts by Ibrahim Imam