An odd connection you may say but here are quite a few things that link epilepsy with music. lepsy. The first is the therapeutic effect of on epilepsy. This has been termed ‘The Mozart Effect‘ based on studies which report that listening to Mozart reduces epileptic brain discharges. 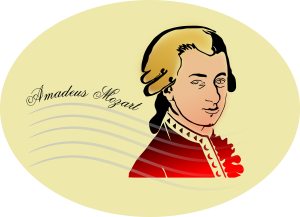 This however seems at odds with the known fact that epilepsy may be triggered by music. Music is one of several triggers of epilepsy. People with this musicogenic epilepsy may become frightened of music, a concept called musicophobia. This article in Scientific American gives an example where the music of Sean Paul is the consistent trigger for someone’s seizures. In another anecdote from NME, a Ne Yo song is the culprit.

Finally, music may be a manifestation of epilepsy. These present as musical hallucinations.

To explore these and other musical concepts and epilepsy further, check out Music and the neurologist: a historical perspective from the Annals of the New York Academy of Science.

One thought on “Mozart and seizures? The links between epilepsy and music”